THE ACC LIVERPOOL GROUP LOOKS AHEAD TO PACKED PROGRAMME OF EVENTS 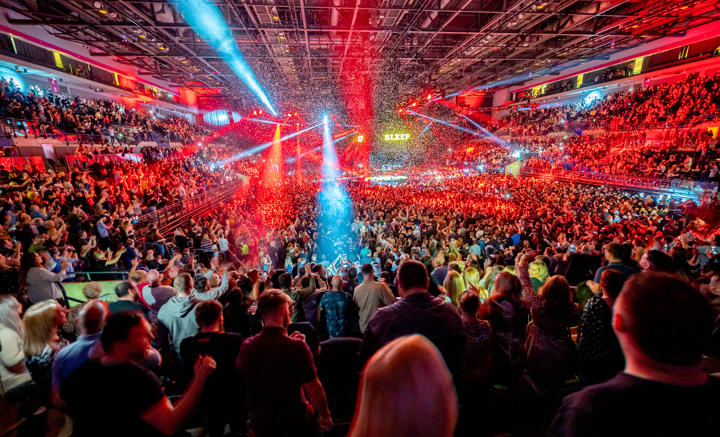 The ACC Liverpool Group is looking forward to another packed calendar of events at its waterfront venues.

The organisation, which this year celebrates 15 years since opening, is set to attract tens of thousands of visitors to shows, conferences and exhibitions at the M&S Bank Arena, ACC Liverpool and Exhibition Centre Liverpool.

And 2023 is set to be a landmark year as the campus prepares to host the Eurovision Song Contest on May 13.

Highlights on the entertainment calendar throughout the year include Disney on Ice, Elton John and Strictly come Dancing: The Professionals.  UK Imaging and Oncology Congress, British Society of Gastroenterology and global events such as the Royal College of Psychiatrists International Congress are among conferences taking place.  Meanwhile 2023 exhibitions will include SIBA BeerX UK, the Ultimate Show and the UK Drum Show.

Faye Dyer, managing director of The ACC Liverpool Group, said: “2023 will truly be a phenomenal year for us and Eurovision will really showcase our city and campus.  It’s thanks to our successful track record of hosting great events over the past 15 years that has led us to being the host venue.

“But there’s lots more going on before and after this global event.  We have a really busy programme of conferences, entertainment events and exhibitions throughout the year.  Many highlights will return such as the Labour Party Conference and Comic Con Liverpool alongside lots of new events and artists such as Lewis Capaldi performing at our venue for the first time.

“We are really looking forward to welcoming hundreds of thousands of visitors to a variety of events this year.”

2022 highlights included the World Gymnastics Championships which brought tens of thousands of people from all over the world; the Labour Party Conference and major artists such as Diana Ross and Paolo Nutini.

The ACC Liverpool Group has generated over £2bn in economic impact for the visitor economy since it opened in 2008.  The arena has hosted entertainment events including the European MTV awards, Sir Paul McCartney and the Netball World Cup.  Conferences at ACC Liverpool have included BBC Studios Showcase, Eurospine and the first conference held in the UK during the pandemic as part of the government’s Event Research Programme.  Exhibition Centre Liverpool, which opened in 2014, has hosted a variety of consumer and trade exhibitions such as the International Festival for Business and live events such as the Liverpool Indoor Funfair.