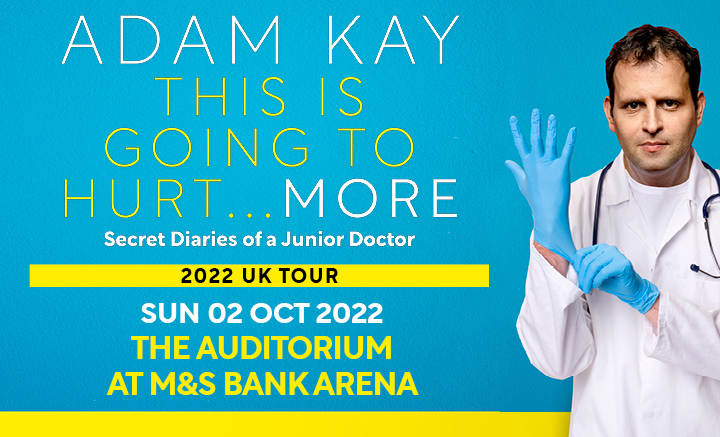 Adam Kay is an award-winning writer and comedian. His debut book, This is Going to Hurt, is a literary sensation: a Sunday Times number one bestseller for over a year, it has sold over 2.5 million copies, making it the bestselling UK narrative non-fiction book of the 21st century. It is the bestselling non-fiction ebook of all time and has been translated into 37 languages (and counting).

This is Going to Hurt has won ten national awards including a record-breaking four National Book Awards. His bestselling follow-up, Twas The Nightshift Before Christmas was a number one bestseller, and sold over 500,000 copies. His anthology Dear NHS raised over £400,000 for charity and featured contributions from Emilia Clarke, Ed Sheeran, Emma Thompson, Emma Watson and Paul McCartney. His children’s books Kay’s Anatomy and Kay’s Marvellous Medicine have been translated into 26 language and sold over 350,000 copies.

He lives in Oxfordshire with his dog and husband.

Adam Kay, due to take place on 15 September 2022, has been postponed. The new date for the show is Sunday 2 October 2022 and will take place in The Auditorium at M&S Bank Arena.

Please see the statements below:

Due unforeseen scheduling conflicts, selected dates on Adam Kay’s UK tour have had to be rescheduled. Despite best efforts some of the venues have had to change due to availability.  All those who bought tickets for the rescheduled dates will be issued with new tickets for the new venues. Those unable to make the new dates can get a refund at point of purchase. Anyone who has purchased a book either as part of a bundle or on its own will have the book sent directly to their postal address in September.

Please note all tickets purchased will remain valid for the new date on Sunday 2 October.

THIS IS GOING TO HURT… MORE

Award-winning comedian Adam Kay shares entries from his diaries as a junior doctor in this “electrifying” (Guardian) evening of stand-up and music. This extended and updated show will feature brand-new stories from his forthcoming book Undoctored: The Story of a Medic Who Ran Out of Patients.

The “blissfully brilliant” (Mail on Sunday) original show was one of the most-attended UK shows of recent years, seen by over 250,000 people across absolute sell-out UK tours. The book was a literary sensation: selling over 2.5 million copies. It is now a major BBC comedy-drama series starring Ben Whishaw.

‘INTERSPERSES HORROR STORIES FROM THE NHS FRONTLINE WITH A CATALOGUE OF SUBLIMELY SILLY SPOOF SONGS, AND SOME BLISSFULLY BRILLIANT WORDPLAY’ - Mail on Sunday 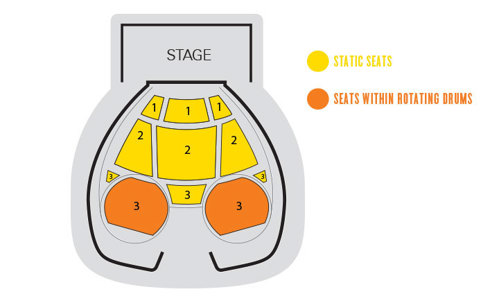