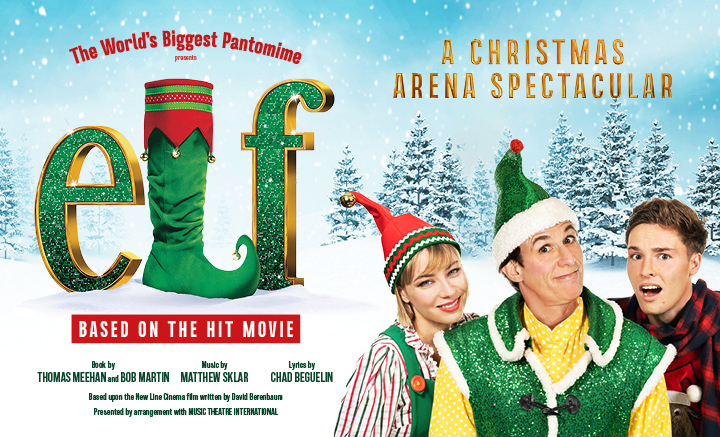 ELF, the hit Hollywood blockbuster movie has been supersized into a live arena spectacular for this Christmas with a massive stage featuring amazing film backdrops on a huge LED screen plus a mobile stage that travels the auditorium, so everyone gets a close-up view of the action.

The story is hilariously recreated by a large cast of performers into the biggest live Christmas show in the UK. The festive spectacular will feature West End star Steven Serlin stepping into the big floppy shoes of Will Ferrell to play Buddy the Elf.

This Christmas Spectacular production features a book written by Bob Martin and Thomas Meehan (Annie, The Producers and Hairspray) and an original score of great songs by Matt Sklar and Chad Beguelin that has delighted audiences on Broadway and the West End.

Producer and Director Jon Conway says, “This is the fourth year we have presented this epic version of the Broadway and Hollywood hit as part of the World’s Biggest Pantomime brand. ‘Elf’ is always one of the most popular Christmas films and ‘Buddy The Elf’ a truly iconic character. We are returning to some venues and have made the show even bigger and better with new features to make it a really thrilling experience. We are keenly aware of the economic climate and are one of the few shows to have reduced our prices from Elf’s last visit for an affordable family outing! One of the best sights is the audiences dressing up for the show, especially the dads in elf Christmas sweaters! This is an unmissable Xmas treat”

This is a '2/3 Seated' event - this means that two thirds of the arena is in use. This is a layout for guidance only, as each event layout is unique, so please refer to the individual plan provided when booking your tickets online as the actual layout may differ from this image. 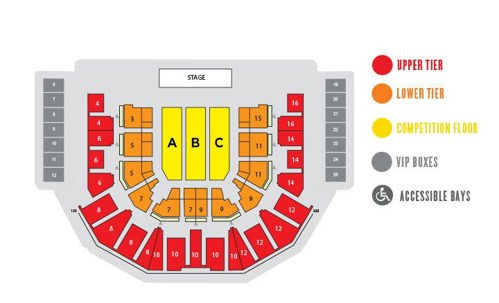