The European ITF Taekwon-do Championships marked the 50th anniversary of the sport in the UK at ACC Liverpool.

The week long taekwon-do event utilised the entire ACC Liverpool campus. The venue underwent a transformation which surpassed the requirements of the complex event. 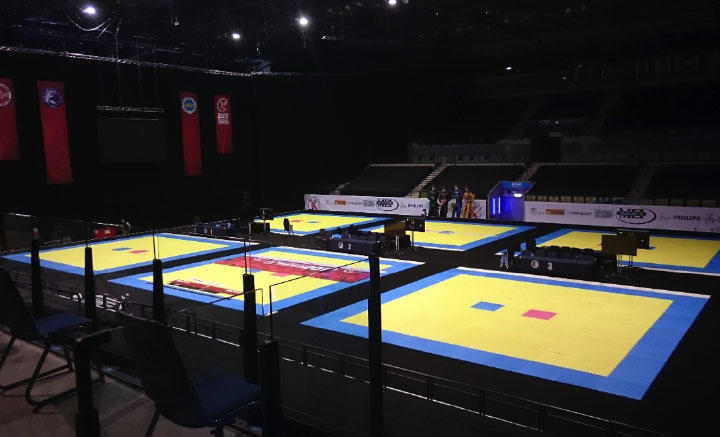 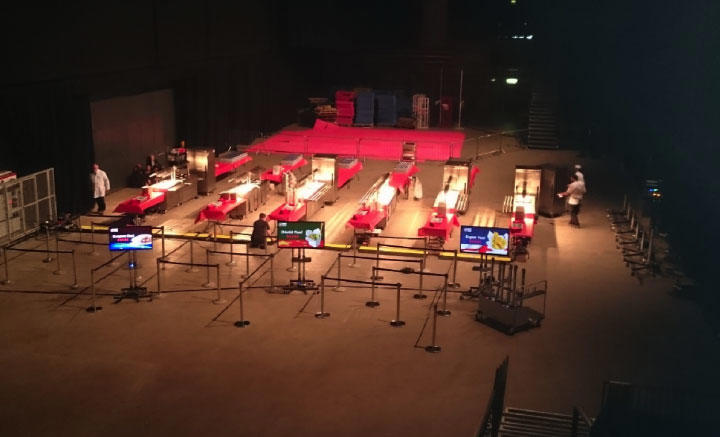 The client required aquick access upon arrival; a showpiece opening ceremony; catering for 1200 people twice a day; training spaces for different nations and a communal space that could be shared during competition breaks.

The event centred around a four-day competition of martial art patterns, sparring, power and technique.

ACC Liverpool was able to facilitate this all-encompassing multinational sporting event across the entire campus.

Exhibition Centre Liverpool served as a training space for athletes during build days when the arena became a closed site.  It became a hub for visitors to go to train and focus. The clear and open space eliminated distractions, providing a focused training environment for competitors.

Meanwhile the Arena was used for the opening ceremony – providing a performance space, a competition area and a catering space on the same floor. A combination of in-house production, local artistic direction and overnight work from the venue team enabled a spectacular ceremony followed by the transition into a seven ring competition space that opened 10 hours later.

When it came to the main open days of the competition, the arena offered an amphitheatre feel – a combination of retracted seating and a raised platform that made competitors feel like they were in an exclusive competition zone, while spectators felt close to the action.

The client brief was to provide a high impact and visual opening ceremony that felt like the Olympic Games. The team, working with service partner UK Rigging, provided a full production package from concept to realisation, delivering bespoke lighting and sound design services.

The event required a flexible programme and tight schedules with quick changeovers, enabling the entire ACC Liverpool team to showcase an inventive and proactive approach. Utilising in-house skills, equipment and resources, ACC Liverpool was able to provide a one stop shop to the client, fulfilling all of the event requirements.

See a timelapse video of the event setup here.